Again I welcome a returning guest from my German podcast. Bernhard Tewes well known hypnotist from Berlin and his practice Kiez Hypnose https://www.kiez-hypnose.de.
He is also the founder and owner of the trending app HypnoBox https://www.hypnobox.com.

I can tell you, that you will find all sorts of therapists and so called hypnotherapists out there, but Bernhard is one of those he is at the top of my list in Europe.
We are talking about hypnosis in general and how it affected his own life. No interview but a meaningful conversation between to hypnotist who are eager to change life for the better.

I hope you enjoy the episode and l’ll talk to you in a week.

This wonderful discussion was one of these conversations that occur unexpected. Every once in a while I look into my twitter feed and find something I like. Some time late in 2020 I found this piece: https://twitter.com/oetting/status/1314571435504021504?s=21.

A small cartoon by Martin Oetting who is quite a remarkable personality and has changed further and further to a political active person. Currently he is working on a political documentary and with everything going on in the world I thought it might be a good idea to talk about changing the (political) system.

You can find out more about Martins projects at:

A little overview about Martin and his work:

Past: Dr. Martin Oetting has helped build the Word-of-Mouth Marketing firm trnd for over a decade, and also wrote his doctoral dissertation about Word of Mouth. He used to give speeches on the subject, too – sometimes they were even entertaining (DE|EN). His blog ConnectedMarketing was one of the leading marketing blogs in the early days of Social Media in Germany.

Martin left trnd and the marketing field in early 2016.

Further projects are currently in development.

Miscellaneous: He sometimes likes to draw, or publish random ramblings on the Internet — on Twitter, for instance (mostly in German, sometimes in English, very rarely in French or Italian). jon tufty is his alter ego for all things music. In 2016, Martin released a hobby film project — “Smartphone Zombies”, his first hand-drawn animated film.

I hope you enjoy the episode and l’ll talk to you in a week.

simplicity of happiness · happy#208 – freedom of the mountain

For todays episode I decided to go with a solo episode and with a citation again. A person I value a lot for almost 10 year now is Leo Babauta. He is a minimalist and founder of the super successful blog Zen Habits.

I read most of his blog posts and get inspired by a lot of his thoughts.

What I find especially interesting about Leo is that he lives in a family of 8. His wife, their 6 children and himself.

Minimizing your own stuff and focusing on the essentials is one thing but involving a huge family is something else all together.

Some time ago he posted an article on his famous blog about two separate men fantasizing about leaving everything behind and living on a mountain.

In case you want to read to whole article head over to https://zenhabits.net/freeing/

Leo was writing about that incident because he could very well relate to that  fantasy himself and I am quoting Leo because I can as well. He is right that neither me nor the men who told him are in fact searching the mountain, but the freedom they hope to find in the simplicity.

How would it be then, to find the freedom in everything you do?

What feels like ages ago, I was preparing for my first big adventure. A solo Sahara tour by foot. During that time many people around my simply declared me for nuts and only a very very few were encouraging. One of the people always uplifting was my friend Tony. Apart from being a mentor and person to talk to he invited me several times to his Podcast: Guerilla FM. I liked it so much, that I wanted to start my own show and this became only true because Tony pushed me to, helped me with the technical part and became my Co-Host.
It lasted for some hundred episodes and as I had started an English show as well, it came the time that I focused purely on the English version.Ever since Tony has not been on the show again.
I am proud to have Tony back on the show and opening an interview series that I am am currently recording. In contrast to the former interviews, I am not going with a set of questions but rather having a meaningful conversation with a friend.
Although he wouldn’t put it that way, Tony is a adventurer as well and from Karate champion to Marketing Master he has some stories to tell.
One reason for him being so calm about personal achievements, might be his decades lasting meditation practice which he acquired as a young person and then deepened while living in a Japanese Zen monastery.
And this is what I want to talk to him about. What are the zen habits you can learn from living in a Zen monastery?
But before you jump into the show… the following CONVOs will take a bit longer then my normal 10-15 minutes.

I am honored to have one of the busiest guys in podcasting in the show. Finally, here we go: the interview with JLD, about the simplicity of happiness.

John Lee Dumas is the host of EOFire, an award winning Podcast where he interviews today’s most successful Entrepreneurs 7-days a week. JLD has grown EOFire into a multi-million dollar a year business with over 1500 interviews and 1.5 million monthly listens. He’s the author of The Freedom Journal and The Mastery Journal, two of the most funded publishing campaigns of all time on Kickstarter. All the magic happens at EOFire.com!

JLD is one of the world’s leading podcasters. Let him teach you proven ways how to launch your podcast and how to maintain it. Start your podcast today! 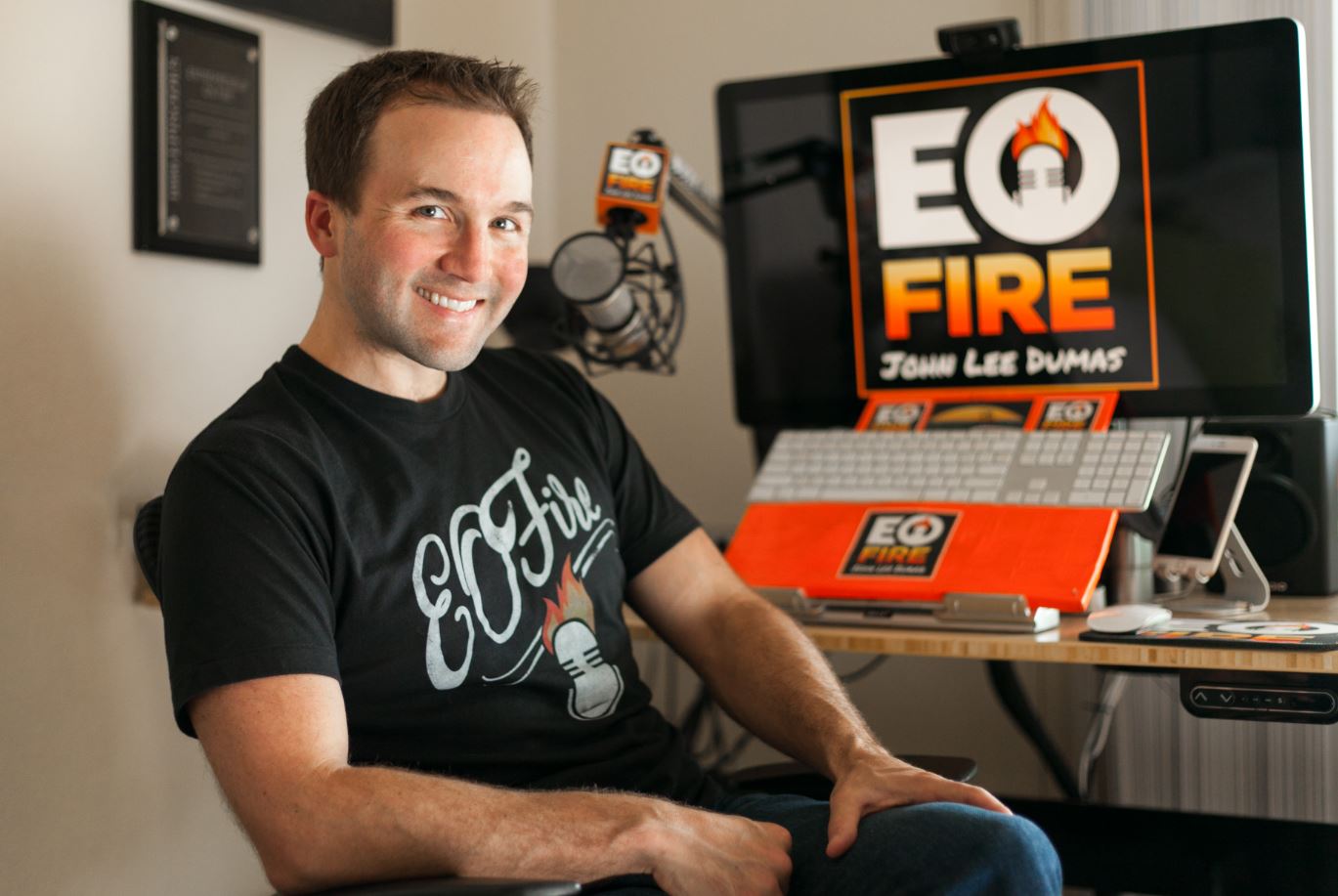 Consumers are increasingly becoming more aware of the issues surrounding their consumerism. Whether it be social or environmental, consumers are demanding better values from the companies they interact with.